Bringar CEO Balachandar had his birthday party at the only 7-star hotel in the world, Burj Al Arab 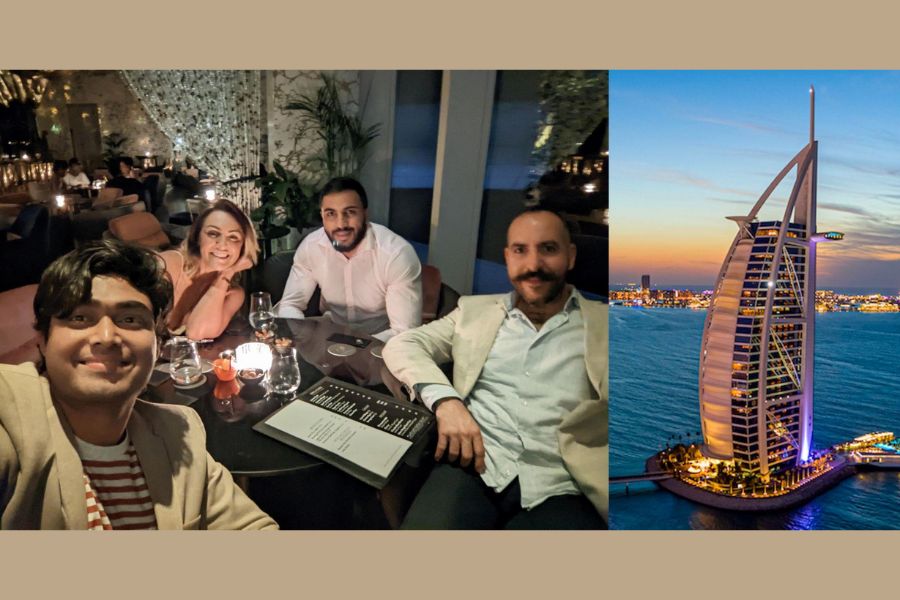 October 13: The CEO of Bringar, Balachandar Karthikeyan, who is also the only Indian person to have made a contribution to the globally popular messaging apps WhatsApp and Signal, celebrated his birthday at the Burj Al Arab, which is the only seven-star hotel in the world.

In his Twitter profile, Balachandar posted pictures from his birthday party and thanked his friends Leila Khazaei, Wael Boustany, and Hasan for attending his birthday party at Burj Al Arab. On Twitter, he wrote, “I’m lucky to have friends like this who would do anything for me, such a good soul and kind-hearted people. It is always a pleasure to be in the company of upbeat and optimistic people. I’d like to thank everyone who truly made my birthday special.”

Since the news about him went viral in India about his contribution to WhatsApp and Signal messenger the previous week, the CEO, who maintains a low profile about his work life and personal life, made a tweet for the first time about his birthday party. Furthermore, on Balachandar’s birthday, the Instagram profile of a dog feeder named @buchcha_arun thanked Balachandar for sponsoring the food that was used to feed the stray dogs.

On the eve of World Cancer Day, Global Healthcare Advisor Vijay Dhawangale shares his views on awareness in the fight against cancer