“HCL Foundation and Let’s Do It India with 30000 plus volunteers organized World Cleanup Day 2022 at Noida” – Prof. Pankaj Choudhary 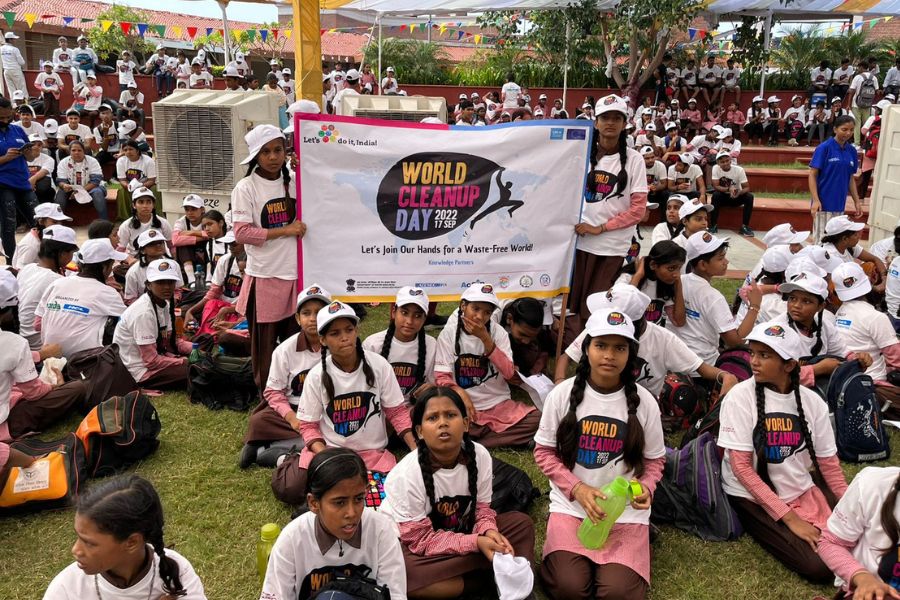 September 17: “HCL Foundation and Let’s Do It India organized World Cleanup Day 2022 with a clean Noida initiative with 30,000+ volunteers at Noida” – Prof. Pankaj Choudhary (Founding Board Member of WCD and founder of Let’s Do It India).

HCL has been a part of Ldii from its starting days, helping it in every step of its success. The Institution has been widely known in the field of cleanup with LDII since 2007. HCL has a great record of spreading awareness through various field activities and games. This year also planned to organize a marathon with over 30,000 volunteers in Noida Hatt. Noida is a big part of Ldii and is one of the cleanest cities in India. The Government of India has also awarded the city as one of the cleanest cities.

Let’s do it India is a movement that encourages people all across India. The organization works in the fields of education, environment and human resource development. Let’s Do It India foundation was founded in 2009 by Prof. Pankaj Choudhary, aiming to clean India. He is also a founding board member of World Cleanup Day, endorsed by the United Nations environment program and the European Union.

World Cleanup Day is the flagship programme of Let’s Do It India, a global movement that unites millions of volunteers, governments and organizations across 191 countries to tackle the global waste problem and build a sustainable world. World Cleanup Day includes litter cleanup and waste mapping activities spanning every time zone. Environmental cleanup events have been held for the last ten years throughout the nation in coordination with volunteers at the ground level.

Let’s Do It India has its presence in 29 Indian states, including all Union Territories, with over 1.6 million volunteers and has collected over 44,000 tons of waste only in 2019. In 2022, Let’s do it India has engaged 30 Lakh volunteers on the ground from Kashmir to Kanyakumari doing the cleanup activities at more than 1100 places across the country, where founder Prof. Pankaj Choudhary starting this year a mega version of World Cleanup Day from Kashmir doing cleanup with 1500+ volunteer in partnership with Jammu and Kashmir Eco Watch and Go Green Srinagar organization.

Let’s Do It India aims to raise awareness of the many types of garbage. In 2020 the organization launched a campaign ‘Pickup Cigarette Butts!’ and Digital Cleanup activity, an effort to make it the biggest Digital Cleanup drive and create opportunities during the crisis by reducing the CO2 emissions generated by digital footprint during the corona pandemic time when people couldn’t come out of their homes on World Cleanup Day. It encourages people to gather and send their used cigarette filters to the group for recycling. On World Cleanup Day, Let’s Do It India engages people from a wide range of backgrounds to raise awareness about the environmental concerns being faced by contemporary society, as well as the hygiene-related problems arising out of it. This year Let’s Do It India has collaborated with the Ministry of Jal Shakti, Environment & Earth Science, the Government of India and International organizations such as the United Nations and European Union, and the Earth Day Network. The organization has also partnered with more than 100 corporates such as HCL, Alliance Partners, Hinduja etc. and more than 1000 NGOs working for cleanup activities, including major educational institutes.

If you have any objection to this press release content, kindly contact pr.error.rectification[at]gmail.com to notify us. We will respond and rectify the situation in the next 24 hours.

A platform to create your graphic designs, Cliqstock LLP has just made it easier for you to unleash the creative side of you