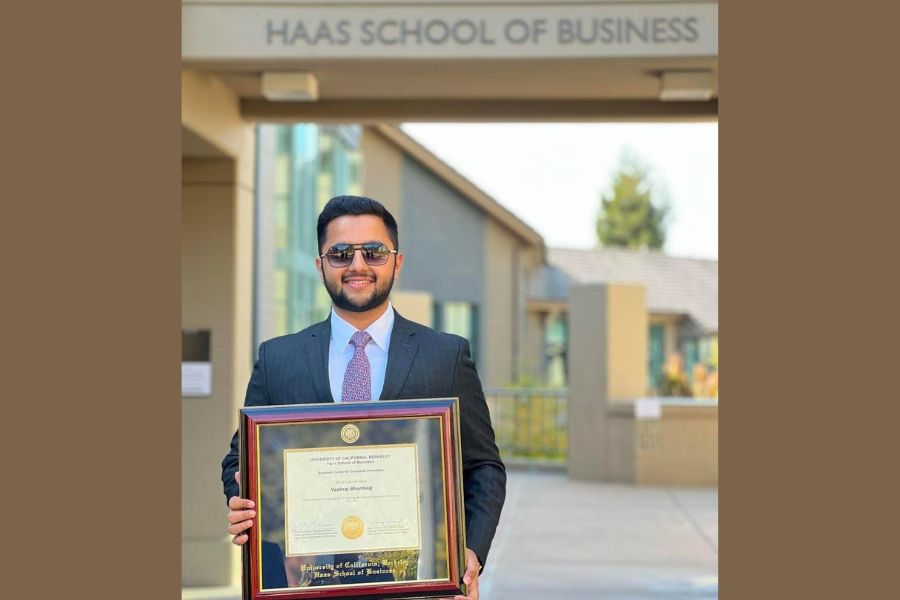 New Delhi [India], October 27: Yashraj Bhardwaj, Co-Founder of Petonic Infotech, becomes the first Indian and Youngest ever Garwood Innovation Fellow in the history of the University of California Berkeley. Although this prestigious honor is normally given to those with a PhD, Yashraj is the only youngest person in history to have received it. In addition, he serves as a member of the Berkeley-NITI Aayog Industry Advisory Council. Open innovation tactics used by Silicon Valley R&D departments within major corporations are part of Yashraj’s study. His goal is to enhance India’s manufacturing base and move the country into the digital era. With this thought Yashraj also published one of Bestseller in International Economics along with Renowned Professor Solomon Darwin (Father of Smart Villages) and Professor Henry Chesbrough (Father of Open Innovation) named: – ‘Resetting the Jewel in the crown’ and upcoming book – ‘Quest for the jewel in the crown’.

Open innovation is a term used to promote an information age mindset toward innovation that runs counter to the secrecy and silo mentality of traditional corporate research labs. The benefits and driving forces behind increased openness have been noted and discussed as far back as the 1960s, especially as it pertains to interfirm cooperation in R&D. Use of the term ‘open innovation’ in reference to the increasing embrace of external cooperation in a complex world has been promoted by Henry Chesbrough, adjunct professor, and faculty director of the Center for Open Innovation of the Haas School of Business at the University of California

On being awarded the Garwood Fellowship at the University of California, Yashraj Bhardwaj, Co-founder of Petonic Infotech (https://www.petonic.in/), commented, “It feels amazing to be the University of California, Berkeley’s Garwood Innovation Fellow. My research centered on open innovation frameworks for India. I will remain an advisor to Berkeley Haas and the Berkeley-NITI Aayog Industry Advisory Council. “

Yashraj Bhardwaj and his brother Yuvraj Bhardwaj are 22-year-old twin researchers, ideators, and entrepreneurs who have completed 36 research projects and filed 15 patents. They founded Petonic Infotech, which is closely affiliated with innovation powerhouses such as Silicon Valley titans, venture firms, and technology clusters throughout the world. Both have been interested in scientific research, technical innovation, and business consulting since a young age. The brothers founded a mid-sized consulting services firm as well as other businesses such as private equity and e-waste recycling. They received the Karmaveer Chakra Award in 2016 and were nominated for the Padma Shri in 2018. Yashraj and Yuvraj have also spoken at TEDx.

Petonic Infotech provides strategic advice to C-level management bodies, and executives of public and private sector firms, organizations, and society. Both brothers from an early age, the brothers were immersed in scientific research, technological innovation, and business consulting, and they developed a mid-sized consultant services organization as well as various other enterprises, including private equity, e-waste recycling, and so on.